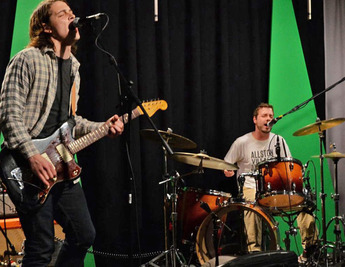 NASSY is an indie-grunge band based out of Boston, MA. Musically, the band has a sound that’s descended from both 90’s grunge and 00’s math-rock origins. From those foundations, the members take a more modern approach to vocals and build songs that satisfy with both memorable and complex qualities.

The band has been described as an “outfit that spends equal amounts of time producing carefully knotted rhythms and crushingly-sweet harmonies. The songs jump around, speed up, slow down, and display an acutely-developed balance of beauty and brutality.”

Watch for this “Noise Gallery” episode coming to LPTV soon.